Luis Darío Castagnari was killed in the 1982 conflict with the UK.

A story of a determined woman who fought for years to fulfill her husband’s promise. On the April 1, 1982 at 5 AM, first lieutenant of the Air Force Luis Darío Castagnari left to go to war, but before departing he asked his wife, María Cristina Scavarda, to promise him three things: “take care of yourself and our four children, and if I do not return, bring my body back and bury it alongside Gustavito.”

María Cristina Scavarda knows better than anyone what its like to lose someone you love. At just three years old, their son – affectionately known as “Gustavito” – died of cancer. His remains rest in Río Cuarto, Córdoba and before the end of the year, he will be joined by his father.

After 36 years of struggle and waiting, she fulfilled her promise despite all odds. Overjoyed by the news, she told Infobae: “I spoke with the Secretary of Human Rights, Claudio Avruj, and he told me that he could have [Luis] with us in the first half of December.”

This will mark the first time since the war ended on June 14, 1982 that the remains of a fallen soldier will be transported back to the continent.

Avruj told Infobae: “This is not a government initiative; our support was coordination with legal paperwork. Eduardo Eurnekian, who has always had a great commitment with the families of the Malvinas soldiers, will take care of all the logistics, giving his support so this can happen.”

“The State fulfills the role of assisting in a private and personal right of a family that needs to close a wound. It is an act of healing. María Cristina will spend this upcoming holiday season with the debt settled,” Avruj concluded.

It’s been a rough and lengthy process. María Cristina always hoped that her husband’s remains would rest at the church where they married, Sagrado Corazón de Jesús in Río Cuarto, Córdoba, and next to the empty space by her son.

She still resides in Río Cuarto and lives with her four children – Martín, Guillermo, Walter, and Roxana – along with eight grandchildren. 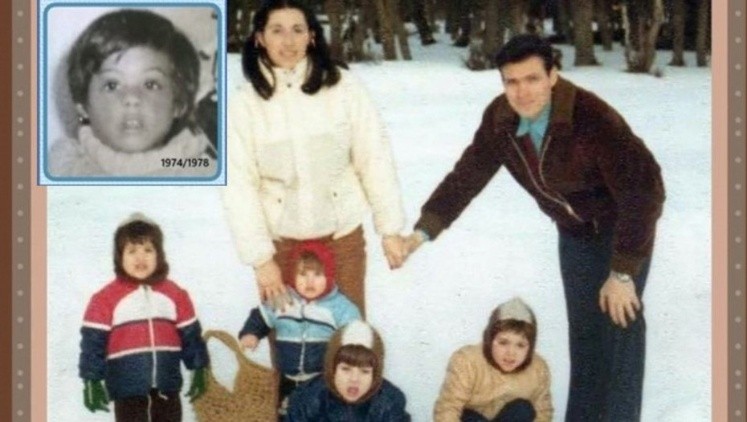 As many widowed and single women, she had to dedicate her life to providing financial stability for her children. But once they’d grown, she knew the time had come to revisit the decades-old promise.

Formal procedures to move her husband from Darwin to Río Cuarto commenced back in 2014. She went through all the official channels: from the Malvinas Directorate of the Air Force to the Ministry of Foreign Affairs.

Sadly, all attempts were unsuccessful. When the answer to the request finally arrived at the Foreign Ministry, they denied the request, stating that it was impossible. On December 12, 2015, the Air Force offered to fly her to the islands, as some sort of solace. She accepted this offer and visited the Malvinas with her two sons, Martín and Guillermo.

After years without achieving any peace for the death of her husband, she reached the foot of the grave, knelt in front of the urn and all the pain and grief exploded from inside of her. She explained: “I felt an enormous sadness, I embraced the cross and I cried, I laid on the grave and asked him to forgive me for not having complied with what he asked me to do. The pain weighed me down, the backpack that I carried for 36 years, it had broken me.”

María Cristina looks back on what it was like to be reunited with him after such a long time: “It was like I was alone with him in the cemetery, I started my mourning, and I talked to Luis – ‘Sorry, sorry for not fulfilling [the promise], I’m going to keep trying’ – I said, I felt a warm feeling as if he was very close to me – it was like touching, like hugging him again. My oldest son came and we cried together.”

Before departing, she left a note on his grave: “I am going to fulfill what I promised you that morning when we said goodbye, you are going to rest next to Gustavito, please be patient. Your four children and eight grandchildren also want to have you near.”

Her husband was part of a division called “El Furia” which oversaw the guarding of the radar, and evaluating the security conditions of the area where the Argentine forces were based and helping the operation of the Malvinas Military Air Base (BAM). The commandos had built the guard posts and the shelters, as well as dug trenches and prepared a system of ramps with explosives in case the British attempted a landing. It was them who had to keep soldiers in high spirits when it was time to fight.

Luis had told his wife time and time again: “If I could choose how to end my life, I would as God intended it to be, defending the homeland.” But these were not the words he wrote in the letters he sent from the islands to his wife. He described the Malvinas as “a place that one could choose to live as a family” – maintaining hope for the future for him and his loved ones.

However, he was killed following a fierce British bombardment. Luis was running with a radio in his hands while giving out orders to try and protect his men – indicating to them where to take shelter. The officers managed to protect themselves, but Castagnari was not among them. At 11:30 PM on May 19th, splinters of the Sea Lung missile, launched from the destroyer HMS Glamorgan, pierced the body of the first lieutenant.

He died a hero of his country and on May 30, 1982, he was buried in the civil cemetery of Isla Soledad. A priest blessed him and the brigadier dismissed him: “Today we buried a soldier who gave his life to his country and his comrades.”

Even today María Cristina remembers the knock at the door and answering to find two officers dressed in their formal uniforms on her doorstep. They announced the news in her living room on May 31, 1982.

She described the sensation of being told her husband was killed in action: “I felt a chill run down my spine. I appreciated the help they offered me, and I thought of my children, they had to see me strong, they needed life to continue without the tears.”

However, the reality of raising her children as a single mother and juggling two jobs was harder than expected: “The pension money was not enough, I looked for work as an insurance broker, and later I joined the civilian Air Force staff, I had two jobs, I wanted to be at home when the kids came home from school, I cooked and cleaned. At night, I almost never slept, it was a whirlwind, during those years I could not morn.” She confesses that her grief only began in 2015, when she traveled to the islands.

In order to bring this whole story full circle, María Cristina contacted the right people and got the help she needed. British Ambassador Mark Kent, who responded immediately to her contact, offering full support for what he deemed a humanitarian right. She also spoke to Claudio Avruj and María Teresa Tralikas, the undersecretary of Malvinas Foreign Ministry. She also received full support from the president of the Malvinas Family Commission – María Fernanda Araujo – despite personal views that the fallen soldiers should remain in Darwin. 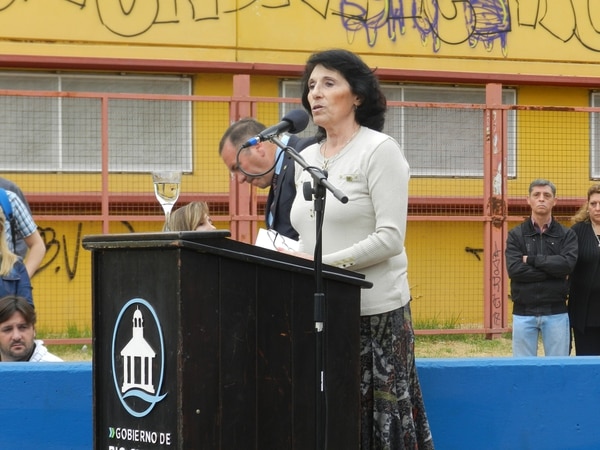 Upon hearing the approval of the relocation of her husband’s remains she thanked Ambassador Kent; Roberto Curilovic, from Aeropuertos Argentinas 2000, who is in charge of the transfer to the local airport and the crematorium; and Eurnekian, who was always there at her disposal.

Finally, she expressed her gratitude to all the people who lent their support and to those islanders who cooperated so that she could keep her promise to her husband: “I am very grateful to everyone, also to the islanders who understood that this it is a humanitarian issue and authorized the exhumation, since there is no crematorium, it is more complicated, but thanks to the good will of the governor and the officials of the islands, the help of the Embassy, and to Mr. Curilovic all logistics could be solved.”