Affordable, curated options for moviegoing in the City.

The idea of a “Cineclub” (film club) seems a bit outdated in the era of open, unlimited access to whatever you want to watch, anywhere and everywhere. Gone are the days when piracy was the only way you could access certain hard-to-find materials, let alone considered ethically wrong. Take streaming platforms, for example. One of these services’ primary selling points are the hyper-personalized recommendations. Based on previous ratings and preferences—and filtered by a series of complicated algorithms—it more often than not provides an echo-chamber effect: if you’ve liked a genre or theme in the past, you’re much more likely to be led to similar content than to something outside your usual comfort zone.

In commercial theaters, like Village or Cinemark, prices have been on the rise, as much as AR $230 in regular screenings, even higher for 3D or 4D. Save some exceptions, like director Armando Bo’s most recent release Animal, the remaining nine movies leading the box-office are foreign, mainstream productions (Warner, Fox, Disney).

Despite this local landscape, some spaces have been offering a quiet but powerful resistance to these two ways of accessing film and television, a few as far back as the nineteen-fifties. Perhaps it’s not breaking into a network of global consumerism but it is, at least, resisting these larger, often automatized trends by establishing local communities of amateurs (fun fact: the real meaning of the term is not “aficionado,” but “lover”) of film.

It’s not only an alternative to the silent, fragmented, and solitary viewing experience, but also a flourishing revision of film’s more than one-hundred-year history. You may have noticed that contemporary film makes up a vast majority of streaming services’ offers, while paradoxically remakes and restorations of “classics” are now on-trend in mainstream media. Many of these clubs and spaces offer live presentations beforehand: the presenters put the movie into context and present an accessible breakdown of why it’s important, making for a more interesting debate after watching.

So, without further ado, here’s all you need to know about some of these clubs and cycles, from smaller to larger scale, curated by real, live people instead of robots that can code: 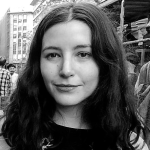