As a resident of Buenos Aires, a city that embraces street art with open arms, I appreciate what Banksy does. I can only imagine what the porteños would do if Banksy made his way down to Buenos Aires. They’d probably declare that along with Pope Francis, Leo Messi, and Queen Máxima of the Netherlands, Banksy’s choice to station himself here was final proof of Argentine global dominance. But what would they do if after a month of the city showcasing his art and basically kissing his anonymous ass, he decided, “I’m going to find the most sensitive subject possible and use it to offend everybody here because I’m Banksy and I don’t give a f***.” Like, what if he started painting “Keep the Falklands British! Love, Banksy” all over the city?

Banksy and his stencil kit have been on a whirlwind tour of New York City for the past month, carefully placing his thought-provoking yet simple graffiti artwork, splattered with social commentary, all over the city. He has documented this on his blog, through which he announces the location and duration of new pieces and (sort of) explains the messages behind them. Sometimes his art is pretty self-explanatory, other times not so much, but it’s always undeniably entertaining and at least well done.

People love the fact that he won’t reveal his identity and slobber over the idea of his art magically popping up from one day to the next. I don’t think Banksy has intended for this to happen, but if my social media feeds are any indicator, his art is probably being more “appreciated” through Instagram and iPhone snapshots than anything else. Oh, and by the way, here is Banksy’s (surely “anti-capitalist”) Instagram account!

That dog had the right idea. (photo/Gawker)

Banksy’s latest blog post detailed his attempt to get published in The New York Times. The rejected op-ed asserted that New York has lost its “nerve” because they built a “vanilla” skyscraper that “looks like something they would build in Canada.” This might be true—and everyone loves a good Canada joke—but the simple fact that he doesn’t like the design of the One World Trade Center building is kind of a terrible defense of that argument. Has Banksy really ran out of ideas for how to continue making art in New York? Everyone knows September 11 is off-limits. No matter how controversial you’re trying to be, Banksy, just don’t go there.

By the way, this goes for you guys too, Argentines. If I had a penny for every time someone claimed the United States actually shot down Flight 93 over Pennsylvania I’d have enough dollars to replenish the Argentine government’s supply of foreign reserves (zing!). There are some things I wouldn’t put past my own government, like tapping its closest allies’ cell phone lines. Shooting down a commercial airliner full of its own citizens? I prefer not to contemplate that.

So Banksy, you think the skyscraper looks “shy” and reminds you of a “really tall kid at a party, awkwardly shifting his shoulders trying to not stand out from the crowd”? Well, you won’t even show us your damn face, so what does that make you? I’m sorry the building isn’t “dazzling” enough for you, Banksy, and that you think the building shows we “live in a world more mediocre than the one (the terrorists) attacked,” but has it ever crossed your mind that constructing a new building, or anything at all, in place of the World Trade Center was somewhat “awkward” or, to put it another way, painful? Sorry we chose to build the “really tall kid at the party” instead of the football star funneling beers and screaming “America, F*ck Yeah!” Is that what we should have done? I’m pretty sure that would just add more fuel to the Anti-American fire that shows no sign of stopping, at least down here in South America.

This is all evidence of the fact that Banksy spent plenty of time learning to stencil, and not so much time learning how to state and defend a written argument. Everyone learned in school that a thesis must be backed by support in the form of evidence, and if your supporting evidence for the claim that New York is full of mediocre pussies is a cheap jab at the design of a building on the site of the World Trade Center attacks, your paper is going to get an F! Not because your thesis is bad (although in this case, it is offensive), but because your supporting evidence is crap.


If you are going to attack one of the world’s most beloved cities, you’d better come at it with a better arsenal than this. There is a lot more to New York’s reaction to the September 11 attacks than the skyscraper that replaced the World Trade Center. To Banksy, however, a city is apparently nothing more than the physical audacity of the buildings it constructs. Sort of a weird statement for an artist who so often mocks capitalism in his artwork. You seem a little bit confused, Banksy. If you want maximum exposure for your exhibitionist art, stick to the stencils that inspire millions of Instagrammers. Facebook is more popular than newspapers these days, after all. 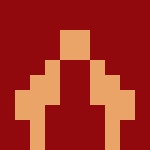