The Operational Management of Epidemiology of Buenos Aires Ministry of Health announced that three children have died in the last two weeks due to the most serious forms of the disease that can cause pharyngitis bacteria in children, streptococcus pathogens. Two other minors, between the ages of five months to seven years, have also contracted the same condition and remain hospitalized in a critical condition at the Pedro Elizade Hospital located near Constitución.

When this was announced, the infectious disease specialist and head of the Department of Medicine at the Children’s Hospital Ricardo Guitiérrez, Eduardo López, advised parents to act quickly if they see any early symptoms of the disease: sore throat, fever, or skin lesions. He also advised pediatricians to be highly attentive to the changing patterns of the streptococcal infection in their patients. 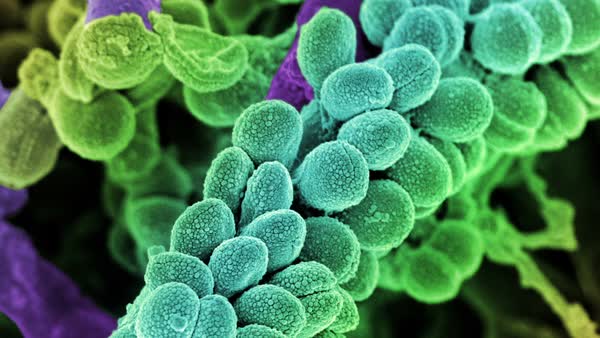 Eduardo López explained to La Nación: “The invasive form of the disease in these children is very rare; they were also infected with the influenza virus, and we now that most viruses favor bacterial co-infection, but it must be said that a person with the influenza virus or flu is not necessarily infected with streptococcus.” “It is likely that in these children with the most serious form of the disease the diagnosis has been delayed because the consultation was delayed,” he added.

He also clarified that this was not an “outbreak” as the minors had not been in contact with each other and lived in different places, both in the City and in the province of Buenos Aires.

The report concluded that the City needed to be alerted to reinforce increased surveillance on the progression of the illness and that experts are expected to carry out rigorous evaluations. It detailed extensive measures for healthcare professionals, but unfortunately, not for the rest of the population.

The announcements convey that two weeks ago, between August 26th and the September 1st, the authorities of the pediatric hospital on Avenida Montes de Oca (in the Barracas neighborhood) detected five cases of the disease due to the pharyngitis bacteria. One was a five-month-old baby and the rest were between the ages three and seven. Ultimately, three of the patients died. One was due to septic shock, a blood infection that causes the organs to shut down.

The rest of the children had to receive intensive care and are currently still hospitalized in the pediatric ward. Two of these patients have been diagnosed with both streptococcus and the influenza virus.

The head of the Department of Medicine has also alluded to the importance of the public finding symptoms early and taking their children to the doctor as soon as possible, but also, conveying to the doctors be more alert than ever. The sooner the infection is discovered, the more successful the treatment will be. López has suggested “treatment with penicillin, if administrated in the mild form, with pharyngitis or skin lesions, the bacterial load (amount of germs in the body) drops so much that children can no longer transmit it. But when found too late, treatment is more complex.”

According to professionals, the infection is usually caused by the pharyngitis bacterium, which is typically found in children. It’s also a lot more common this time of the year, toward the end of winter and during the start of spring.

“At this time the number of cases of throat infections always increases,” Lopez has said, “most are viral, but there is a group of between 20 and 25 percent of patients with pharyngitis with a lot of pain when swallowing and in the lymph nodes under the throat, and lower jaw, which must be given antibiotics because it’s a streptococcal infection; the diagnosis is very quick and simple, it is done in 20 minutes, you just need to be alert.”

For more information on the disease: Streptococcus Group A & B