Buenos Aires made history last week by being the first provincial government in Latin America to grant triple custody to a lesbian couple and a biological father in Mar del Plata.

The province authorized the disposition of the provincial registry of persons to formally recognize baby Antonio as having the last names of both mothers and his father. The father, Hernán, did not renounce his parental rights during the assisted fertilization and remains active in raising the child.

The request was filed a year ago, and its approval is being viewed as a major victory for the Lesbian, Gay, Bisexual, Trans (LGBT) community as well as the family petitioning for recognition. Name tags and business cards might not be baby Antonio’s favorite of things as he grows up, but it is clear that his name symbolizes the new and more inclusive definition of family that is coming to fruition in a country many accredit with being one of the more socially progressive in the region.

The family celebrated along with group supporters including the members of the leadership board from Federation of Argentina LGBT (FALGBT) and the Bureau of LGBT Equality.

“With the recognition of this triple affiliation, a pioneering step in Latin America, we take a step towards the consolidation of a society that recognizes and protects all forms of family,” said FALGBT president, Esteban Paulón. 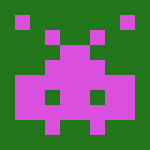