For anyone looking to avoid another sleepy amble through a museum, “Rayuela: Una Muestra Para Armar,” may be the next thing to check out. As a self-proclaimed “counter-museum” exhibit, visitors embark on a literary journey winding through four floors and several narrative tracks – as well as a jumble of turns and nameless games – to tell the story behind Julio Cortazar’s legendary novel.

Besides spearheading the Latin American literary boom, the novel “Rayuela” (“Hopscotch”), is best known for leading its readers on an intense and winding mental game of hopscotch. Cortazar closes each chapter with a small number indicating which section the reader should skip to next, alternating between a traditional storyline and a meandering stream-of-consciousness.

Like its namesake, the exhibition “Rayuela” begins as a game. To the delight of any especially energetic visitors, the tour encourages its viewers to hop from floor to floor to experience the narrative flow of the novel in a physical space.

The various displays range from copies of the original manuscript to puzzling statues and unexplained objects strewn across the walls. With odd displays of clothes piles and multicolored jars placed at random, this exhibit is every bit as mind-boggling as the book itself.

While there are some signs describing the main characters and do provide some basic background, the context of the exhibition is pretty skimpy. Thankfully, there are a few plaques that give a more general summary of the book. “Rayuela” begins as the story of a Parisian intellectual in search of his recently disappeared mistress and leads into a winding, existential reflection on order, chaos, and consciousness.

It might be fairly obvious, but the visitors who are really going to get the most out of the exhibit are those who have plowed through the novel beforehand. What’s most peculiar about “Rayuela: Una Muestra Para Armar” is that it truly is a counter-museum experience – unlike most museum displays, you’ll step out of the exhibition brimming with even more questions than before.

Still, if you have any interest in Latin American literature or time to crack open a 576 page tome, the “Rayuela” exhibit might be worth the visit. Just make sure to watch your step – a few displays, including an unexplained hand sculpture stretching from a mirror on the floor, may come dangerously close as you peer around this unusual, yet intriguing, exhibit.

The exhibition, sponsored by the Biblioteca Nacional, can be found at the Museo del Libro y de la Lengua (Avenida Las Heras 2555 between Austria and Agüero) Tuesdays-Sundays from 2 PM to 7 PM, until November 30, 2014. 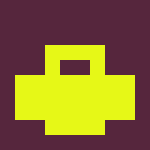