Argentines Report Worrying More About Climate Change than About ISIS

The Pew Center in Washington has found that Argentines are more concerned about the impact of climate change than about the terrorist threat of the Islamic State or the influence of the United States, Russia or China.

Inhabitants of 38 countries identified ISIS and climate change as the principal threats to national security, according to results from the Study on Global Attitudes and Trends that Pew released today.

In Argentine minds, the principal national security threats are: climate change (76 percent believe global warming is a primary threat); the global economy (66 percent); ISIS (54 percent); a cyber attack from another country (54 percent); the influence of the United States in the world (49 percent); the Syrian refugee crisis (32 percent); the power and influence of China (30 percent), and that of Russia (24 percent).

In 13 countries, mostly in Latin America and Africa, people identify global climate change as the primary threat. Venezuela, steeped in humanitarian and economic crisis, was the only Latin American country surveyed in which economic concerns (56 percent) coincide with concerns about climate change (55 percent).

In Latin America, 74 percent of people on average indicated that climate change is a significant threat to their country. Chile led the pack, with 86 percent affirming it as a primary threat. Following were Peru (79 percent) and Argentina.

ISIS is perceived as the top threat in 18 countries, mostly concentrated in the Middle East, Europe, Asia and the United States. Many of these countries have endured attacks claimed by the Islamic militant group.

These were among the major findings of the survey conducted among 41,953 respondents in 38 countries from February 16 to May 8, 2017. In general, little has changed in the global threat assessment since Pew Research Center conducted its last survey in Spring 2015. Worries about the U.S. and its power and influence, however, have increased in many countries since the election of Donald Trump. 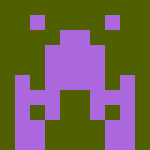