Argentine media was rocked today by a rare occurence – the kidnapping of 28-year-old Argentine agricultural engineer Santiago López Menéndez in Nigeria by what witnesses are almost certain is infamous terrorist group Boko Haram.

Menéndez had been working for Flour Mills in a small Nigerian town about five hours from the capital, Abuja, for about a year and was heading to the fields for the day when a group of armed men on motorcycles approached him and his group of workers. According to Menéndez’s sister, Manuela, the men fired their semi-automatics in the air, threatened the group and took Menéndez. The incident occurred around 10 am local time (6 am in Argentina) and the van was found abandoned two hours later.

“We believe they want money, but there has been no contact from the kidnappers,” Manuela told press. She added that she had contacted the Argentine embassy in Abuja and that “the consul and the ambassador were going to the field and are moving everywhere with the police in Nigeria.”

The attackers are suspected to be Islamist extremist group Boko Haram, though that fact remains unconfirmed (responding to journalists’ queries doesn’t seem to be at the top of their list, what with so many rural towns to terrorize). The militant group is said to have taken an estimated 18,000 lives since 2009.

Despite ever-expanding joint military operations by Nigeria, Cameroon, Chad and Niger, the terrorist group has revved up its campaigns ever since the inauguration of Nigeria’s new president, Muhammadu Buhari, in May.

If it was indeed Boko Haram, then the group has had a busy week. On Monday and Tuesday roughly 40 people were killed in separate attacks in the northeastern villages of Debiro Hawul and Gujba. Just to make matters slightly more terrifying, they recently declared their loyalty to bigger, badder Islamic State (IS).

Having a countryman kidnapped by a terrorist organization is extremely unusual for Argentina, but President Cristina Kirchner did get a bit of post from the leaders of ISIS last year, in which they threatened her life and called her “Satan” (and as much as some Argentines may dislike their head of state, calling her “Lucifer” is a bit of a stretch).

The Argentine government has yet to comment on the Menéndez situation. 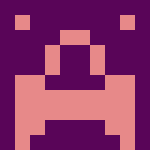