If you’ve lived in Argentina for any length of time, shopping for clothes—particularly if you’re not skinny—has probably, more often than not, left you empty-handed. Over the years, surveys via AnyBody Argentina, an NGO I founded in 2011, and the Universidad Abierta Interamericana have shown that the majority of Argentines, especially women, struggle to find clothes that fit their size. Although the media often depicts this is as an issue that’s exclusive to very fat people, investigations have consistently shown that those who wear between an approximate US size 6/8 and 10/12 are the typical victims of size discrimination. This isn’t to deny the notable absence of trendy plus-size attire for Argentines, as only limited options exists, primarily for the younger sector. When it comes to the fashion world, both within and beyond Argentine borders, the plus-size market continues to be sorely lacking. That said, the latest size survey, conducted in 2016 by AnyBody Argentina, revealed that just under 70 percent of adults always or frequently have difficulty finding fashionable garb that fits, a problem that has persisted for well over a decade.

In 2001, in response to activism led by anti-eating disorder advocates who asserted a link between the country’s high rate of eating disorders and lack of sizes, legislators proposed the country’s first ley de talles or size law in the province of Buenos Aires, calling for clothing marketed to female adolescents to be provided in range of six sizes (ARG 38 to 48, estimated at US 2/4 to 10/12). Four years later, the law came into effect, stipulating that non-compliance could result in steep fines or even store closure. Soon thereafter, in 2006, the provinces of Entre Ríos and Santa Cruz followed suit with size laws aimed to serve the general public, not just one segment, and without specifying sizes. Between 2007 and 2015, additional municipalities and provinces instituted their own size law legislation with varying norms, including the cities of Córdoba, Río Cuarto, and Buenos Aires, and the provinces of Santa Fe, Río Negro, Mendoza, Chaco, Corrientes, Córdoba, San Juan, and La Pampa.

Despite the best of intentions, size laws have not been effective. In 2008, Buenos Aires’ provincial government reported that 75 percent of clothing shops did not comply. Two years later, its Ministry of Production disclosed that 70 percent still did not offer the complete required range of six sizes. With the fairly rapid development of size law legislation throughout the country, each outlining diverse criteria, it’s understandable that companies, primarily national and international manufacturers and retailers, have failed to comply with the varying standards. In other words, it would be next to impossible for a brand to comply with 14 distinct laws, underscoring the need for one national directive. Although each provincial and municipal law mandates various size ranges aimed at different age and gender demographics, they all share one common—and erroneous—factor: the use of norms based on non-Argentine bodies.

To date, the non-profit Argentine Institute of Normalization and Certification (el Instituto Argentina de Normalización y Certificación) commonly referred to as IRAM, has been the official regulating organization to have provided norms regarding Argentine clothing measurements and sizes. However, despite references to “standardized norms” in many existing size laws, these standards are actually based on decades-old data of European bodies. Consequently in 2014, the governmental National Institute of Industrial Technology (el Instituto Nacional de Tecnología Industrial), or INTI, launched the country’s first anthropometric study, an investigation that over 60 countries have undertaken, something the textile industry had been advocating for since the mention of the first size law. INTI has been assigned the task of defining the average physical measurements of the Argentine population between the ages of 12 and 65, according to age group, gender, and region, which will form the basis of the nation’s standardized size system, an essential tool in ensuring consumers of all sizes are offered equal options. Preliminary results released last year stated the average Argentine woman wears between a “Medium” and “Large”, which corroborates survey results that highlight the fashion industry’s neglect of the average-sized demographic. Due to the study’s funding being frozen in 2016, progress has stalled, but INTI is investigating private sponsorship to complete its investigation.

Argentina’s lack of anthropometric data is another reason why size law legislation has not been successful, but others issues exist, such as an absence of consistent controls and the economic investment required of companies. Over the years, the fashion industry—from individual retailers to national chains—have been vocal about not having the financial means to meet the production demands necessary for compliance, which makes perfect sense particularly for smaller businesses. However, it’s not money that’s found at the heart of this resistance. If that were the case, the Argentine fashion industry would offer a wide range of sizes as do the majority of brands outside the country, and subsequently generate greater profits. Instead, what lies at the core of it all is a loyal adherence to narrow beauty standards, especially for women.

The glorification of thinness is not exclusive to Argentina. Globalization set the scene for exporting the Western “ideal”—young, white, and most importantly, thin—which can be seen on billboards from Beijing to Buenos Aires. Despite global growing activism that promotes size and body diversity, fashion and beauty industries on the whole continue to market their wares and products using the same cookie-cutter representation of beauty. The Argentine fashion industry’s preference to cater to smaller-sized consumers takes this sizeist practice one step further: if you don’t fit the clothes, then you don’t deserve to wear them, a message that can have a damaging effect on body image and self-esteem. While more rigorous scientific research is needed, a 2014 study published in DIATEA, the Argentine Journal of Dieticians and Nutritionists found that amongst a small sample of teenage girls (91) over 60 percent considered going on a restrictive diet when they couldn’t find jeans in their size. Keeping in mind that an established link exists between extreme dieting and the development of eating disorders, particularly in adolescents, it would be irresponsible not to consider there is a possible relationship between Argentina’s high level of eating disorders and the persistent paucity of clothing for average-sized bodies.

The only logical way forward is via unified legislation based on Argentine data that can be applied throughout the country. This year, several national size law bills have been presented both in Congress and the Senate, some of which AnyBody Argentina have consulted and advised on, including one co-authored with Congresswoman Victoria Donda Pérez. Imperative to the process is government-industry collaboration. Instead of treating the fashion industry as the enemy by employing punitive measures, incentives and loans should be incorporated into national legislation to set up the size law for success. Doing so has the potential to incite a much-needed cultural shift that recognizes all bodies are worthy of not only fair representation, but also basic respect.

For more information about AnyBody’s campaign please visit this site. You can also fill out AnyBody’s current survey (open until October). 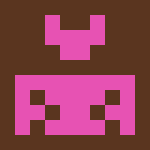