Until the events of the first weeks of May, Mauricio Macri’s administration was happily planning its re-election campaign. What should have been an anticipated market episode took the government by surprise. The results so far have been less than encouraging: a loss of international reserves of US $9 billion, the 22 percent depreciation of the peso against the US dollar, and the need to require assistance to the IMF.

Looking to the future, the challenges it faces are myriad:

In total, the depreciation of the exchange rate last May and its impact on inflation and the rise in the price of oil would imply a total additional cost equivalent to US $1.5 billion at the current exchange rate (0.2 percent of GDP).

On the revenue side, depreciation improves tax revenues from import tariffs and export duties, which could reduce the potential fiscal impact of the tariff increase. On the other hand, a negative impact on consumption and the level of activity could also affect the collection and compliance with fiscal goals.

Regarding financing in foreign currency, the depreciation of the exchange rate reduces the needs measured in that currency.

Inflation: The transfer to devaluation prices is inevitable

Given the consequences of the adjustments, a possible scenario is that when the time comes to revise the rates, the government decides to postpone the established rate of increase of tariffs.

As to cut subsidies the government is targeting the reduction of subsidies in thirty estate companies that represent subsidies for 0.83 percent of the GDP in transfers from the Treasury.

A case to imitate is YPF. OCDE has signal that the investment plans of YPF and the fact that the national budget doesn’t contemplate any subsidies for the oil company.

Faced with this new scenario, in theory, the government could maintain the rate of reduction of subsidies in terms of initially arranged GDP and consequently transfer the additional increases due to the evolution of the exchange rate and the international price of oil to consumers.

But the negotiations with the IMF and the access of Argentina as a member of the OCDE (Organization for Economic Co-operation and Development) will frame the structure for the changes to come.

Which are the chances, then, of reaching an agreement that contemplates the complexity of politics and social realities of Argentina with the still traditional economic and financial recipes of the IMF and OCDE?

In life circumstances, many times called “tail wind,” the “planets aligned,” or simply luck, are part of the success or failure of any careful drafted plan. Christine Lagarde seems to be eager to implement a new plan for Argentina that crown her tenure at the IMF at the end of the year. The developed countries of OCDE look at the Macri administration with better eyes than most people in Argentina. Expectations of success in this world were shocked by the recent market crisis. They will be willing to compromise in a more flexible approach.

Nevertheless, employment at government- and state-controlled companies, labor laws, subsidies, and open market policies will be part of any program or requisites for any stand-by facility. It is up to the government of Argentina to take advantage of the crisis as an opportunity to introduce a sustainable political, social, and economic program that could allow Argentina to grow together with the most developed countries of the world. 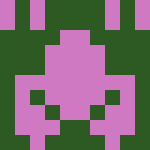 In this summer season, Cariló aims to broaden its offering and continue to regain traction as the chosen vacation spot.