Argentina's Economy: Better Than it Seems

These moves occurred because Zannini is one of President Cristina Fernández de Kirchner’s closest advisors, and a fervent supporter of her interventionist policies. Referred to as “el Chino” because of his Maoist leanings, he authorized some of Cristina’s most controversial decisions as secretary of technical and legal affairs, such as the nationalization of private pensions and appropriation of central bank reserves to pay back debt. Investors are increasingly worried that a Scioli election would mean a continuation of the Kirchner status quo.

These fears are overblown. Scioli is a moderate desperately trying to win further support, not a Kirchnerista. And regardless of the outcome of this October’s presidential election, Argentina has a number of factors which make it a strong investment. Whoever wins will be forced to undertake some reforms given the country’s macro imbalances. And with Argentine valuations where they are today, there is incredible upside for global investors willing to take some risk.

Scioli’s recent decisions all reflect his main goal: to win come October. While Cristina’s popularity has waned in recent years due to high inflation and an economic slowdown, she still commands roughly 30 percent of the vote, a substantial block that has traditionally been skeptical of Scioli. Appealing to this constituency is a classic move in the ruling Peronist party, to which both Fernández and Scioli belong. After all, Carlos Menem, a Peronist president in the 1990s, said: if I had told them what I was going to do, no one would have voted for me. Menem ran on a populist platform and ended up privatizing and liberalizing most of the Argentine economy.

Meanwhile, Scioli’s policymaking speaks to his record as a moderate. In his current position as governor of the nation’s largest province, he has worked to balance the budget while completing various important public works projects. His economic policymaking team includes mainstream economists such as Mario Blejer, a former IMF official and University of Chicago PhD.

And what if Scioli does not win? Currently, the leading opposition figure is Mauricio Macri, the mayor of Buenos Aires and member of the Republican Proposal (or PRO) party. He has robust reformist credentials, and is also polling strongly in second place. A victory by Macri and his PRO party would almost certainly bring the macroeconomic reforms Argentina needs. In addition, other candidates have also shown an inclination for economic change, and their supporters would likely back Macri in a two-way race against Scioli. A Scioli victory in October is not guaranteed.

Still, irrespective of the outcome this October, the next president of Argentina will have to produce some constructive macro policies. Argentina has seen increasing pressure on its external accounts, with high inflation effectively causing a large exchange rate appreciation. Its central bank reserves, which reached a Kirchner-era low late last year, have only stabilized because of various swap lines with other monetary authorities, such as China. Combined with a worsening fiscal situation, and large infrastructure needs, Argentina needs access to foreign capital. But receiving major amounts of capital requires a resolution of the holdout issue (AKA the vulture funds), which is currently blocking the sovereign from paying its debt issued under foreign jurisdictions, as well as preventing any new issuance abroad.

To be fair, investing in Argentina is risky. But given that the main risk factor, politics, is likely to be at least partially addressed by year’s end means Argentina deserves a close look from any global investor. And Argentina is cheap. In the fixed income market, the country’s US dollar BONAR bonds are paying over nine percent annually, one of the highest sovereign yields globally. (While Argentina is currently in default on its bonds issued under foreign jurisdictions, these BONARS are subject to Argentine law, and unlikely to be affected.)

These yields are especially attractive given the country’s small levels of foreign-currency debt, currently around 20 percent of GDP. Even total debt is under 40 percent of GDP, well below most major developed and emerging markets. Ability to pay is currently not an issue in Argentina (although there have been many times when willingness to pay has been one).

Argentine equities also tell a similar story. The Cyclically Adjusted Price-to-Earnings ratio (CAPE), a popular valuation metric developed by Bob Shiller at Yale, is roughly six times earnings for the MERVAL, Argentina’s main equity index. China, with its large and growing debt levels, has a CAPE nearly three times higher than Argentina. Most other emerging markets, such as India, Mexico, and South Africa, are also substantially more expensive. Only in places like Russia and Greece, where in one there is a chance of war and in the other there is absolutely no ability to pay, do we see cheaper valuations.

Argentina has a history of disappointing. After all, it has only been a year since the country defaulted, its eighth in history, and second within the last twenty years. Will October’s elections produce another disappointment? Of course, Scioli may try to continue with his predecessor’s unsustainable policies. But even with his recent decisions, a continuation of the status quo is looking increasingly unlikely. For one, Scioli’s policymaking record places him as a moderate. In addition, an ever-increasing need for foreign capital will, at a minimum, ensure that either victor in October’s election resolves the holdout problem. With local prices where they are, all this makes Argentine markets an especially attractive place to be right now. 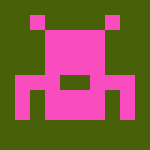