World Cup 2018: For a Month, Nothing Else Matters in Argentina

One of the many videos going viral here last week perfectly depicts the mood in Buenos Aires right now. Shot from a dashcam, we see a man driving the car, while his wife sits in the passenger seat. She mentions in passing (and in Spanish, claro) that they still need to confirm their attendance to her cousin’s upcoming wedding, to which he replies, “Yes, we’re going.” He smiles and then quips that if there’s a party, they’re there. It’s all very cordial and uneventful, truth be told. Then he asks when it is.

This changes things. Departed from the laid-back, obliging other half of just a few seconds before, he suddenly becomes worked into an incredulous panic. Before things spill over, he quickly repeats the date back to her – hoping she’s got it wrong – as he can’t believe what he’s hearing. No, that’s the date.

Realizing the potential severity of the situation, she asks if Argentina is playing, to which he fires back immediately upon demand, “It’s the second match day of Group F, Germany-Sweden and then South Korea-Mexico.” Like many porteños, upon whom inconvenient/non-World-Cup-related plans over the next few weeks have been thrust, he’s been fully prepared for this line of questioning for months. Despite scoffing at his petulance in demanding to watch two apparently meaningless games to her, as an Argentine, she soon realizes that the need to watch South Korea play Mexico is no joke:

“I’VE BEEN WAITING FOUR YEARS FOR THESE GAMES!”

That’s right, silly season is well and truly upon us. If you have no interest in football and are simply trying to get on with your life here as normal, then good luck. The wall-to-wall media coverage is complemented overwhelmingly by the general topic of conversation by everyone, everywhere within Capital Federal’s city limits. Like it or not, chances are that you’re more au fait with the recent activities of La Selección than those of your closest friends or family.

In case you missed anything though – which you definitely didn’t – highlights last week included Argentina’s cancelled not-so-friendly match against Israel in Jerusalem, on Wednesday; then Manuel Lanzini’s ruptured cruciate ligament on the Friday; and ultimately, his replacement by River Plate’s Enzo Pérez the next day, Saturday. All these events and more were of course captured and subsequently analyzed in excruciating detail across various communications platforms, but you probably saw that too.

The advent of the internet means that all news and otherwise is shared instantaneously online and through WhatsApp, spreading like wildfire in the blink of an eye. One GIF I received through one of my groups shows a man waiting for, and then taking, his chance to jump in front of a slow-moving car. Added some context by the caption, this kamikaze act is in the hope that he will sustain a minor injury that signs him off work for the next little while at least. Otherwise, nothing to see here, just another person getting excited for the World Cup.

Like every good wedding speech, the moment to pause in reflection for absent friends has not been lost either. Indeed, neighboring Chile was the highest FIFA ranking country not to qualify. The rivals that the Argentines love to hate, there have been various memes doing the rounds on the matter of their Chilean friends’ absence in Russia (granting Gonzalo Higuaín a brief respite from punchline duties). A bar in Palermo even played on the theme, in the guise of advertising for an experienced waiter – preferably Chilean, so as not to be distracted during the World Cup.

This city might be a buzzing hive of activity and anticipation now, but this Saturday at 10 AM there won’t be a man, woman, or dog on the streets of Buenos Aires. Compared unendingly with Maradona, reminded daily that this is probably his last chance to captain Argentina to World Cup glory, a resilient Lionel Messi will lead out his nation in Moscow against Iceland next weekend. The following Thursday afternoon Argentina face Croatia, before concluding its Group D matches on Tuesday, June 26th against Nigeria.

My first World Cup as a resident here, and like everyone else, I can’t hide my excitement. This Argentine obsession about football to the point of insanity makes me feel at home. I feel like I belong in this particular asylum. With the latter two group games being 3 PM weekday kick-offs too, the fabled office standstills whilst La Selección are playing certainly adds to the intrigue. Meetings cancelled, phones taken off the hook, spreadsheets left in limbo.

With my group stage pronósticos now submitted, I literally have an interest in every single game, not just those of Argentina (and England). Luckily, like most offices here, not only are all floors sufficiently replete with TVs, but also there has even been a man – that nobody seems to know, but whose presence everyone seems to accept – regularly checking that these are all still fully functioning, in time for Russia vs. Saudi Arabia to kick off proceedings this Thursday at noon.

The wait is almost over. Expectations are high. Messi will be hoping to go one better than forlornly ogling the Jules Rimet Trophy last time in Brazil, after the 2014 final extra time defeat to Germany, as they passed each other by again. Only then would he unquestionably immortalize himself in Argentine folklore.

Moreover, although the mini magician from Rosario has scooped every other accolade there is, success on the international stage is something that has eluded his glittering career so far. Although harsh, many critics argue that the 30-year-old must put this right, before his status as the GOAT (Greatest of All Time) can be affirmed. Will Russia 2018 be the final piece of the jigsaw, then? It would certainly be a fairy tale.

Although he is just one player within a squad of twenty three stars, everyone here is acutely aware that players of Messi’s caliber only come around once in a generation at best. The last to hail from these shores was of course Maradona, whose star shone brightest at Mexico ’86 as he captained Argentina to their second World Cup triumph. We can all look forward to eating, drinking, and breathing this narrative, among others, for the foreseeable future, or from Thursday onwards anyway.

As for those of you not the least interested in this festival of football that continues to consume Buenos Aires, sit tight. The episode of the couple in the car serves as a useful reference point in fact, with the man summarizing, “it’s one month every four years.” Ridiculous as he may seem, this man represents the rest of us. During this month the irrational becomes rational. It is completely unreasonable we know, but right up until July 15th at the earliest, sorry, you’ll just have to bear with us.

This also means no invitations to any events that do not involve watching the World Cup please – “people will not go.” 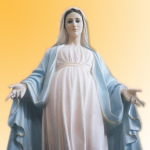