Plato and the Abortion Debate

The allegory of the cave gains relevance in Argentina's current context.

This fiction of the reality also seems to be present in the debate regarding the legalization of abortion in Argentina: there are prisoners in a cave unable to turn around to see the reality, and they embrace the fiction they see. They aim to close the debate with this fiction: that an embryo is equivalent to a born child. They know that nobody – themselves, or those who agree with a law for the interruption of pregnancy – would be willing to kill a child. The issue is that an embryo is not a child.

Notable jurists have contributed to this confusion. To come to that conclusion, they understand the protection of life contained in the American Convention of Human Rights in absolute terms, as well as the text of a law which adopted the Convention on the Rights of the Child, stating the following: “A child means every human being since its conception until the age of eighteen years.” There is no such thing as an absolute right, not even the right to life of born persons. On specific circumstances the law justifies or excuses those depriving others of their life.

In the case of the embryo, there is a life expectation which doubtlessly deserves protection. But during the first moments of pregnancy this right clashes with the right of the woman who does not want to continue with that pregnancy. And that woman, at that moment, has a right which is superior to the other’s. As the weeks go by, the right of the woman will decrease and that of the embryo will increase because the possibility of life gets stronger. But no argument may lead to the extravagant conclusion that an embryo is equivalent to a born child. Nor showing images of babies begging for their lives as they are violently dismembered, trying to depict an early abortion as a horrendous and unjustifiable murder.

In my opinion, this point of view, which is fervently embraced by the Catholic Church and by those who claim to defend “both lives,” entails a fiction which sends us back to the shadows reflected on Plato’s cave walls.

Every law seeks to regulate human behavior to set off certain effects in the outer world, yet it is not the reality. During the first weeks of gestation, an embryo is not a child. Likewise, a newly planted seed is not a plant. They may turn out to be so in the future, but not yet. Neither does the current positive law equate embryo or fetus with a born child. It is thus a rhetorical argument in a legal package.

There is a classical rule in the interpretation of the law which deems unacceptable those interpretations leading to absurd consequences or clashing with other rules of the legal system. If one considers that an embryo deserves the same level of protection as a born child, then the legal concept of abortion as such would need to be eliminated, because the elimination of an embryo would purely and simply entail a murder.

In civil law, the acquisition of rights should have to be absolute starting at the conception, thus the embryo would enjoy inheritance rights even if the pregnancy does not come to term or if the fetus is stillborn. There is no legislation in the Western world covering these hypotheses, because they are detached from the reality and lead to absurd results, simply because the original presupposition is false: the embryo is not a child.

The argumentative line insisting on that fact entirely disregards two key aspects which are at the heart of the debate. On the one hand, the State cannot force a woman, under threat of punishment, to forcibly continue with her pregnancy. The embryo cannot survive without the assistance of the body of the mother, and there is no moral obligation by the woman to provide her body to continue the gestation.

As masterfully expressed by Simone de Beauvoir in The Second Sex: there is an ancestral stereotype stating that the social function of a woman is to give life, to allow the continuation of our species. Therefore, a woman might not refrain from lending her body for the pregnancy, because that is her very aim: the woman is a uterus. This stereotype is unacceptable nowadays. A woman is not a reproductive object, but a subject of rights, who has to decide freely on the possibility of becoming a mother or not. This is explained by the principle of autonomy and inviolability, which implies that each person may decide their life plan without interference from the State and that our bodies may not be used for utilitarian purposes.

On the other hand, the legal fiction of equating an embryo with a born child also rules aside the serious problem of public health involved in this issue. Clandestine abortions in Argentina, whose exact number is unknown but estimated to be in the hundreds of thousands, are the principal cause of maternal mortality. With or without a law, abortions do exist and will continue to exist. The reduction of abortions will depend on reducing the number of unwanted pregnancies, and that is a problem of sexual and reproductive education, not of the criminal law.

It is a hypocritical attitude to shield oneself on the fiction that children are being murdered and let things be as they are. Criminalization does not prevent abortions: they are pushed to clandestine settings. The early pregnancy interruption law does not aim to have more abortions; it seeks for abortions to become legal, safe, and free of charge to avoid the risks suffered by a woman who made the decision to have an abortion.

Argentina proudly shows off its trailblazing leadership in judging the mass violations of human rights, and also in the materialization of the non-discrimination principle evidenced by the same-sex marriage. The current debate involving the decriminalization of abortion in early stages of pregnancy is, in essence, to recognize the rights of historically vulnerable subjects: women.

It is desirable that the Argentine senators come out of the cave, observe the reality, and pass a law which seeks to avoid abortions, but, at the same time, gives back to women their dignity as full subjects of rights, with the aim that they may decide unrestrictedly about their sexuality and their reproductive capacity. 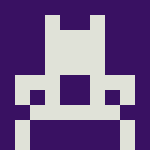 Ricardo Gil Lavedra is a lawyer and jurist. He is also a former Minister of Justice and Human Rights.

Just when you thought our Independence Day week couldn’t be that bad, turns out you were wrong.

The six risks of the peso’s exchange rate gap