The Argentine Foreign Ministry offered its condolences to Mexico this morning following a deadly and historic earthquake that reached 8.2 on the Richter scale and left at least 35 dead and over 200 injured last night. The epicenter of the quake was off the coast of the Chiapas State, in the Pacific Ocean.

In a tweet sent this morning, the Ministry said Argentina “sent its condolences and solidarity for all those affected by the earthquake in Mexico.” The government also provided followers with consular information and emergency numbers for any Argentines affected by the disaster.

Yesterday’s earthquake was the strongest to hit the region in a century. Mexican president Enrique Peña Nieto said that up to 50 million Mexicans would have felt the tremor, and that the death toll is expected to rise.

Millions have been left without power and infrastructure has been badly damaged. 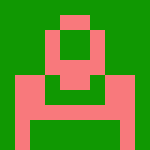