Another Day of Chaos In The City of Buenos Aires: Here’s Where The Protests And Blockades Are

Several social organisations have taken to the streets of the City of Buenos Aires to protest against the government’s policies today. That’s a new one.

It will be another complicated (not to mention hellish) day for commuters, so if you’re going to venture out there, here’s what you should know.

Around 8,000 people have set up tents on 9 de Julio avenue, protesting “against poverty.” Earlier this morning, they marched up to Av. De Mayo and Piedras.

In a joint statement, the movements demanded for “the immediate implementation of the Social Emergency Law [sanctioned a few days ago] and the creation of the 400,000 job vacancies stipulated by the law.” They also demand to be paid a part of the “complementary social wage for all workers of the popular economy, and the guarantee of basic working rights for our sector, such as health insurance, aguinaldo (the extra half salary employers pay in June and December, in accordance with Argentine Labor Law), work permits and life insurance.”

The protests will take place at:

As teachers unions from public schools all over the country begin their 48-hour-long strike today, several union members will also take their demands to the streets. This represents a new episode in their conflict with provincial administrations over salary increases, as the Macri administration still refuses to hold national negotiations. Moments ago, Buenos Aires Province Governor María Eugenia Vidal announced that teachers in the province will receive “an advanced payment of between AR$1,500 and AR $3,750.” She added that those who didn’t join the strike will get a one-time bonus of AR $1,000.

Teachers unions will protest at:

Following the new restrictions for motorbike users unveiled by Security Minister Bullrich earlier this week, a protest has been called for this afternoon through social media platforms such as Facebook and Twitter. With the slogan “Las personas no se patentan” (“People can’t be turned into license plates”), the organizers call motorbike users to march against the regulation that stipulates they must print the vehicle license number on their helmets, as well as wearing a reflective vest with the same information.

Protesters are expected to gather at the Obelisco at 5.30 PM. They will march to Congress around 7 PM.

In response to the chaotic day ahead, the Minister of Security, Patricia Bullrich, warned “they’re ready to clear up” the protests on national roads, with “more than 2,000 security force members” posted around highways and main access points to the city. She also said the protests are taking place because “the government is not a friend of these social movements.” “They try to challenge us, but they won’t win,” she said, defiantly.

At the time of writing this article, the Ministry’s words are yet to be translated into actions. 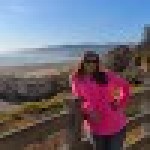