Germán, Juliana, and Javier are three well-known poets on the local scene; they take part in “Justa Poética,” a slam that’s been going on for three years in the heart of Almagro. “La Justa,” as it’s known, has, with time and perseverance, grown to be considered a safe space for women, young people, and artists to express themselves and be protected from violent judgment, repression, or even censorship. Dissidence is encouraged to participate, and each edition of the event is different and increases its diversity.

“Alta Paja” was born in this context: poets making poetry, poets making politics, and defining their standpoint around a society in transformation. With the growth of the feminist movement in Argentina, new debates around hegemony and heteronormativity are open. “Alta Paja” incarnates these transformations by proposing a place to create, share, and consume eroticism from a variety of disciplines and perspective, linked together by a sense of poetics that can, too, become whatever the artist or public chooses it to be. The place: La Catedral del Tango, an iconic tango spot in Buenos Aires, a space filled with the discipline’s structural sensuality that is also ready to be introduced to new ways of exploring bodies and arousal.

We spoke with the organizers about the event and its upcoming edition, taking place next Sunday, June 10th.

What brought you to start organizing ‘Alta Paja’? Do you think it combines missing elements in the poetry scene?

The first thing we decided was that “Alta Paja” would not be limited to the geniality of the most explicit, mainstream pornography. We try to broaden the concept of sexuality that’s generally imposed and to pronounce ourselves through the importance of freedom of exploration of the own body and, in consequence, the consented interaction with other equally free bodies. This, particularly, through the desire and the arousal that language by itself can provoke.

We don’t know if this was something that was “missing” within the oral poetry culture in Buenos Aires. But we were missing it, and that was enough for us to make it happen.

Your proposal is ambitious, and you’ve shown there’s a lot of public for these events. What do you think makes ‘Alta Paja’ different?

We intuit that it’s not just about eroticism itself, but also a few other facts: the way we organize it, the artists we invite, the dynamics of the event. Our intention is to generate an interesting dose of artistic content and the chance for the public to explore among the new and not-so-new things that are found in this particular space of belonging. We believe, indeed, we are creating a new space of belonging. And most importantly: a safe one.

Apart from proposing a safe space, free of violence, ‘Alta Paja’ also introduces a diverse perspective of eroticism and dissident narratives. Proof of this are the trans, transvestite, and older people invited to the stage: Groups that are generally excluded from the hegemonic speeches around eroticism. Why did you decide to do this? What’s your criteria when organizing each of your shows?

We understand we are traversed by an infinity of viewpoints and praxis that the hegemonic concept of “sexuality” makes invisible or unapproachable. We want to open the space for every type of body-inhabiting allowed. Also, we want to have fun while we fathom the conversation about these subjects. If those who come to the event do not feel somehow represented by what happens on stage, we are expanding the invisibility we are trying to denounce.

Do you think that the poetry circuit in Buenos Aires takes ownership of the political and cultural transformations within our society?

In terms of speech, yes, but sometimes we feel it’s not represented in concrete actions. we, even proposing a dissident way of looking at eroticism, are conscious of our own faults. We know we are white, bourgeois, academic, and we problematize it: but that does not exempt us from being in a privileged position in terms of class. There are so many voices out there we can’t yet access.

Why La Catedral? What does this place add to the event?

The event does not belong in a specific place or one cultural center, but we chose La Catedral for now – which is not an easy place to organize such an event – for a few reasons. Though it is very well-known in the tango scene, it was basically unknown among the oral poetry community. We felt the need to intersect the path we’ve been walking for a long time as poets with territories that challenge us from different perspectives. La Catedral is not just ‘some place,’ it’s a vital experience that invites to put the body into action. Also, we were interested in bringing gender perspective to a place that is not used to these ideologies. We are working on it and such work would be impossible without the support of the artists and public.

What’s in the future for ‘Alta Paja’? 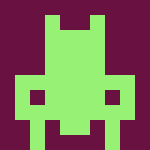