After 53 Days, the Carpa Villera is no More

Representatives of the Corriente Villera Independiente (CVI), who set up camp right across the street from the Obelisco last April 21st announced this week that after 53 days of protest, they had finally reached an agreement with the City Government in order to create a permanent committee (or “round table”) in which both sides would work together to plan out the urbanization of the villas, which will help improve their infrastructure and the living conditions of their inhabitants.

On April 21st, members of the CVI put up a tent on the Plaza de la República, by the iconic Obelisco, to protest and raise awareness of the desperate living conditions within the villas of Buenos Aires. To put further pressure on the government to finally face the issue several members went on five-day hunger strikes.

After 53 days of camping out and pleading for their rights, the CVI finally managed to negotiate a deal with the government, which has agreed to declare the socio-environmental living conditions of the villas as a state of emergency. 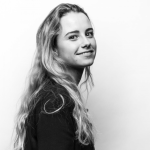