On Sunday, Hugo Omar Cañón, a legendary human rights lawyer and prosecutor, died in a highway car crash near Olivarría, Argentina. Three other people died in the head-on collision on route 51, including Cañón’s seven-year-old grandson. Cañón, who was born in Bahia Blanca, Argentina in 1947, was famous for challenging two notorious legal reforms that granted impunity to members of Argentina’s devastating dictatorship and investigating and documenting the many human rights abuses it committed.

The dictatorship ended in 1983, but the military’s power would hover over Argentine politics like a dark cloud for years to come. In 1986, President Raúl Alfonsín passed the Full Stop Law, which mandated an end to any investigation or prosecution of officers charged with political violence during the dictatorship, save those who were charged with “disappearing” a minor. The public predictably reacted with outrage, with protestors on La Plaza de Mayo chanting “[Alfonsín’s party] say that they are life and peace, but they let the killers go free.”

Shortly after, the Law of Due Obedience was passed in 1987, stating that the dictatorship’s officers and subordinates could not be held legally responsible for crimes committed during the dictatorship because they were obeying the orders of their superiors.

Everybody knew these laws were bullshit, but Cañón was the only prosecutor at the time who had the brass to say something about it in court. As the federal attorney general of Bahia Blanca, he challenged the constitutionality of both laws. In a July 2014 interview, he claimed that the majority of the judges secretly agreed with him, but the laws would ultimately be upheld as constitutional, closing a great number of cases against the dictatorship’s malefactors.

He also challenged President Carlos Menem’s 1989 pardoning of military officers, later calling it an “idiotically unconstitutional decision,” but was again overruled by the highest court. By his own admission, it was during the Menem years that he went through the lowest point of his life. “First they tried to offer me a position so that I would leave my role as prosecutor, then they opened an indictment against me to request my resignation. The pressure, condemnation and contempt were enormous.”

If you’re still not convinced of his formidable legend, consider that Cañón’s minutious investigations uncovered a clandestine detention center known as the “Little School” or La Escuelita in Bahia Blanca, where the dictatorship abused, tortured and killed its prisoners.

In addition to a 23-year career as federal prosecutor, Cañón led Buenos Aires’ Provincial Commission for Remembrance along with Nobel Peace Prize winner Adolfo Pérez Esquivel. The commission’s objective is to continue to investigate and document the human rights violations that occurred during the dictatorship in order to keep those events in the public consciousness and influence public policy.

The phrase “human rights” today is so ubiquitous that it’s hard to comprehend how much courage it took for Cañón to fight for the victims of the dictatorship during such a poisonous phase in Argentine political history. All you have to do is look at the actions (or lack thereof) of his peers to determine how much the phrase was worth in those days.

Cañón helped spark human rights into a movement in Argentina that today has put many of the officials that were initially protected by the laws he challenged behind bars and has led to one of the few examples in the entire world where the perpetrators of government abuse were actually held accountable. I doubt St. Peter will have many questions for him. Rest easy, Señor Cañón. 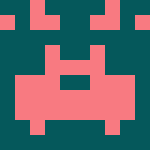