If you think about it, Argentina is a country designed for stoners. Everyone is consistently running three to four hours late, the idea of a balanced meal is a dish that incorporates both cheese AND sugar, and you’ll be lucky to find anything other than a kiosco open before 10 AM.

There’s probably not a spot in Buenos Aires that hasn’t been filled with the thick smoke of a cheeky spliff at one point or another. Cannabis culture is well and truly entrenched in the porteño way of life, but for us lowly expats, finding some quality bud can be a real effort (and no stoner likes to make an effort.) So for those of you that cannot catch a whiff of that sticky-icky without salivating like a Pavlovian bloodhound in a doorbell shop, or just want to educate yourselves about the culture of weed in Buenos Aires, this handy guide will turn your pipe dreams into a..erm…pipe reality.

Find out where you can find some lush kush, what green you’ll get for your dollar (or peso), and how to make sure your next selfie isn’t a mugshot.

This is your definitive stoner’s guide to BA.

What to Expect: From Shwagg to Riches

If you can tell your Northern Lights from your Alaskan Thunderfuck then you may be a tad disappointed with what Buenos Aires has to offer in terms of quality bud. The vast majority of weed that passes through the city is a mix called paraguayo, which has the same consistency and taste of a ground-up house brick. Unfortunately, this ditch weed is the only kind you know you can find year-round without a hassle.

Made in Paraguay, home to South America’s keenest under-the-radar horticulturalists, paraguayo is made up mostly of stick, stems and seeds. Consisting of pure sativa, once upon a time this was some real dank shit, but for transit purposes, it has been compressed into a greeny-brown block. Some light-duty sawing is required in order to break it up into a dry powder, and then you are able to sift through the dust to take out anything un-smokeable. This down and dirty shwagg is perfect if you are operating heavy machinery or performing heart surgery, but you need to puff enough to get stage 1 lung cancer in order to get completely blitzed. This “green” will set you back about 10 pesos a gram, which is perfect as you’ll need about a kilo to see you through a Seth Rogen marathon.

Pro tip: Paraguayo is the perfect weed for edibles; it tastes like shite in a spliff, but turn it into cannabutter and you’ve got yourself a base ingredient for brownies and cookies that will send you into the stratosphere.

On the upper end of the market scale is flores (‘flowers’ – for those flying the monolingual flag.) This stuff is the real deal, actual green buds, with potent pollen dusted all over that smells fruity and o’ so potent. Unless you find a specialized dealer it is unlikely you will be able to name your favorite strain, but flores will not disappoint. This weed is most likely grown by BA’s own green thumbed micro-farmers and shares the same characteristics of good hydro from back home. It can be real sticky at the start of harvest season (happening right the fuck now) and gets drier as the harvest goes on. Perfect for blunts, bowls, bongs and biftas, this ‘dro will floor you as well as anything I got back home. Prices vary depending on the time of year: look to pay 100 pesos a gram come harvest time, and even up to 160 a gram in drought season (if you can find it at all).

Where to Find Herb: Making Friends in the Right Places

Uruguay might be trailblazing the ganja revolution, but unfortunately Argentina is still behind the (high) times when it comes to legalization. This means that weed can only be found the old fashioned way: going out and meeting like-minded tokers. There are many places to find giggling groups of green lovers around the city; the majority of parks usually have stoner circles lighting up, and it’s is common to see people partaking at football games and reggae concerts. Go forth and strike up a conversation with your pot-loving future friends—while few will be willing to sell you a little green bag, most will be friendly enough to puff puff pass.

If you are lucky enough to find a reliable herb connection, chances are that the only thing for sale will be paraguayo. Dealers sell it alongside their other wares. The good news is that the best source for quality chronic is within the expat community. We westerners are a chemical-friendly bunch that have come with a taste of the experimental life back at home. As a result, some savvy individuals have filled the gap in the market for honest-to-god drug dealers, and will be more than helpful in pointing you in the direction of the good shit.

To find flores, either get pally with a green-thumbed porteño, source an expat dealer, or grow your own. So go find some new amigos and you’ll be toking budski in no time.

Legal Status: How to Avoid Becoming a Prison Bitch

These bitches are going down

The good news is that Argentina decriminalized possession of up to five grams in a Supreme Court ruling that stated that it was unconstitutional to be banged up for having a little bit of grass. This followed the arrest of five guys in 2009 for having ‘a few marijuana cigarettes’ on them. The Supreme Court quite rightly pointed out that the private consumption of marijuana is constitutional “as long as it doesn’t constitute clear danger,” adding that “the state cannot establish morality.” The upshot of this ruling means that you should probably be okay to wander the streets with an eighth in your pocket and a spliff in your mouth, but for common sense purposes I would refrain from smoking in front of a cop, as it’s still technically illegal.

Growing, selling and transporting large amounts of kush will still result in becoming Bubba’s new lady friend in the penitentiary showers. Despite this many Argentine “hash-tivists” grow their own personal supply, and by and large, the filth tends to turn a blind eye. Large-scale operations are still in the hands of the criminal gangs, and with the one of the world’s biggest weed growers living next door (Paraguay) it’s not hard to identify the main source.

Those wishing to do as the locals do can find numerous grow shops dotted around the city, and they will be able to direct you on the best methods and materials in order to make your very own happy plant (but more on that later.)

The Lingo: Fake It ‘Til You Make It (I’ll Have One, Um, Marijuana, Please…)

The last thing you want to do when making a drug deal is sound like a clueless douche bag.

Here’s a handy list of words and phrases when dealing with nefarious porteños:

Materials: From Pipes to Papers

If you’ve successfully located some wacky-tobacky, avoided running into the cops and managed to navigate the buy without sounding like an utter dick, you can now smoke this shit. As you probably already know, there are a bunch of weird and wonderful tools (rip a bong while you have your morning coffee – for the efficient stoner!) that will help you achieve highness.

The necessities are easily available, papers can be found in every other kiosco along with rolling tobacco for those with refined tastes. Blunt wraps can usually found at kioscos, too, but not always, so you might have to shop around.

Pipes, bongs and vaporizers are found at specialist head and grow shops. Bond Street, a sort of indoor mall on Santa Fe 1670, Recoleta, is a good place to start. The place is crawling with stoner/skater stereotypes, but hey, they are stereotypes for a reason.

Imported glass bongs and pipes, along with gear such as grinders, stash boxes, blunt wraps, and water pipers can be purchased. If you’re into the more hardcore end of the narcotics spectrum, various powder-related paraphernalia can be found as well (perfect for the coke fiend that has everything.)

Munchies: Where to Go When the Hunger Hits

Argentine cuisine was first created by high people for high people, and that’s a scientific fact. Porteños boast the number one spot for most cookies consumed per person in the entire world and churros are an accepted breakfast food. It is not hard to find some good eats when the munchies kick in, so try to ignore the allure of the nearest kiosco and spread your green wings to these tasty places.

San Telmo: El Banco Rojo (Bolivar 914) – The best damn BBQ sandwich in BA. They also have philly cheese steaks, tacos, burgers, and even salads. It’s cheap, cheerful, and the staff are very stoner-friendly, so there is a low risk of having a paranoia attack.

Recoleta: Akbar 72 (Azcuenaga 1150) – Bangladeshi owned, but pumping out the Indian greats. Grab yourself a curry combo (includes rice, naan and a samosa) and get properly stuffed. This place does delivery so minimum human interaction is required.

Palermo: Burger Joint (Borges 1766) – A damn-good burger restaurant. The menu is small, so your smoke-fuddled brain doesn’t get over taxed, they also have great fries and have set up an overall chill environment. There’s also lots of colorful stuff on the walls, which provides a great excuse for when you get caught staring into space.

Micro Centro: Baking BA (Suipacha 747) – Not your typical Argentine bakery; this place offers quick bites in the form of sandwiches, wraps, yogurts and salads, as well as a great line of American style cookies and muffins. For those needing to feed the beast, but missing the taste of back home, this is the place. The downside is that it is only for daytime smokers, as it closes in the evening.

With your new found knowledge you are set to paint the town green. So go forth my red-eyed brethren, and remember, you may be in the Southern Hemisphere, but you still pass to the left. 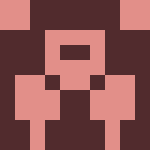