Trying to compare Argentine pizza with its Italian relatives over in Europe is like comparing mate and mocha; it’s just nonsensical. That said, it can be very difficult not to get the points cards out to see how they stack up against one another. Argentine pizza is a special phenomenon, and there is no denying that it is at the center of a crucial debate that divides the masses. It seems that if you have grown up eating pizza in Argentina, then you will fight to the death to prove that it is the best in the world. If you are new to the phenomenon, however, then the jury is out. It’s one of those true tests of personality that will determine your potential friendship with a new person alongside your zodiac sign, your football team and whether you prefer Nutella or dulce de leche (dulce de leche fan over here, don’t @ me).

During my time in Buenos Aires, I have offended more than one porteño with my not-so-shy dislike of Argentine pizza. It baffles me how a country with so much Italian influence can create a version of the best meal in world that is so far from its roots. A meal that is comprised of not much more than dough, tomato sauce, and cheese should be positively nailed every time, and yet somehow the most popular pizzerias find a way to make that combination categorically inedible unless you are soaking up a night’s worth of alcohol at 5 AM. I’m looking at you, Kentucky.

Despite having had many bad experiences with pizza in various locations around the city, it has to be said that, once you start to embrace the fact that here the word means something slightly different to what you might expect to come out of your classic Italian restaurant, there are a number of exquisite joints that produce some mighty fine delicious pizza. I’m talking cheese that actually melts, a crunchy base that isn’t disintegrating from grease, and toppings that consist of more than just muza and ham.

Hidden away among the pricey and somewhat posy bars and restaurants between Avenida Las Heras and Avenida del Libertador, De Rosa opened less than a year ago and has already made quite a name for itself. It is owned by Maurizio de Rosa himself, the same Italian chef who owns the hugely popular San Paolo in Palermo, and prides itself on its stone-baked pizzas and artisanal ice cream. It includes all the classics that you would expect from pizza in Argentina, such as muza, calabresa, and napolitana, but there are also a few surprises involved too. I would recommend the Tierra for a lot of smoky flavors from Portobello mushrooms and smoked pancetta. The base-to-topping ratio is a stone-baked miracle, and while I can imagine it is lacking in the cheese-volume department for a lot of people, for others it’s a doughy dream.

Despite its location, you don’t have to break the bank to eat here; get a large pizza (6 generous slices) for between AR $250 to AR $310 and a pint of Antares for AR $69. You can even chase it with some of their very own ice cream from the heladería at the front of the restaurant.

Pin Pun is considered a classic Buenos Aires joint for its pizza al molde. In case that term means nothing to you, pizza al molde is your classic porteño pizza and the one that keeps the debate about the quality of Argentine pizza aflame. Think extreme cheese, thick base, and surprise onions here and there. And while personal taste and fondness of my arteries means I normally prefer not to delve into the world of al molde, it’s important that you are informed of the best places to fill up on cheesy, doughy goodness just in case you are with the large number of people on the other team.

Pin Pun makes that list, not only because of its well-established place among Buenos Aires eateries (since 1927, in case you were wondering), but because they, simply put, know how to make a pizza. As with most classic pizza joints, they are not shy with the cheese, for which you need a special skill to keep from sliding off each slice as you pull it from the pan. They don’t skimp on the sauce either, and that is a quality that a lot of these cheese-loving pizzerias overlook.

Their place on Corrientes even won the Muza5K “Best pizzeria to go to with friends” and “Best Service” categories last year. This is a challenge that began in 2012 to determine the best pizzeria on Avenida Corrientes and is now quite an honor to be featured in.

Don’t expect any luxuries from your dinner at Pin Pun – choose to stand and eat your pizza at a counter, or sit at one of the many simple tables decorated with paper napkins and shakers filled with chili flakes and oregano. You get what you see here and that’s why I love it. Get a large pizza (8 slices) for between AR $215 and AR $350 and a cup of below-average vino tinto for AR $50.

La Más Querida specializes in Pizza a la Parrilla, a combination of two of Argentina’s most beloved delicacies: pizza and barbecue. It prides itself as a gourmet pizza joint and you can see that in its menu, which features a hefty amount of basil and arugula – fundamental ingredients for any restaurant that chooses to label itself as gourmet.

What comes out of this is something that may not please a lot of die-hard Argentine pizza fans, as it is far from the classic thick-crusted cheese-covered pizza that we have already discussed. However, what you do get is great quality ingredients, a beautiful ambiance, and some of the tastiest pizza in the city.

Choose from an innovative menu with toppings ranging from brie to eggplant to pesto and accompanied by some of the nicest homemade sauces you’ll find.

Not only does it offer pizza that is different to most you will find in the city, they serve craft beer and Panna Cotta to die for. Despite the ‘gourmet’ tag, a pizza here will only set you back between AR $150 and AR $300.

One for those who are on Team al Molde, it has to be said that Güerrín deserves a high ranking among the deep pan pizza joints. This place isn’t exactly a secret – in fact, it is has been considered by many as the best pizza in Buenos Aires since it was founded in 1932.

With only one branch and its very own Wikipedia page, Güerrín comes without frills, but a whole lot of character. The pizza itself is exactly what you would expect upon entering: covered in significantly more cheese than sauce, and a base that is somehow thick enough to carry it all comfortably. Don’t expect much in terms of originality either; having well and truly established itself as a porteño favorite, the menu consists of all the classics and nothing more. You can pretty much just expect ham, cheese, olives, peppers, and onions in different combinations.

While this might sound like a complaint, it certainly isn’t. If you want to eat no-nonsense pizza in a classic joint, then you have found your destination.

If you really want to embrace the traditions, order the Fugazzeta. As self-confessed cynic when it comes to Argentine pizza, I was always wary of the onion-covered wannabe pizza and it took a while before I gave it a chance. However, this place converted me into a true fan.

Since this place opened in 2016, it has created quite a buzz among the expat community who had been missing Roman-style pizza. Not only do they serve the style of pizza that is still such a novelty to find in Buenos Aires, they also source all their ingredients from organic and sustainable sources.

Most importantly, it tastes amazing. Try the “Brocoli e Salsiccia” for a magical combination of homegrown broccoli and chorizo and consult the specials for even more variety. You will probably want a pizza to yourself from here if you arrive with an appetite, and that means it’s not exactly cheap at between AR $200 and AR $300 per pizza. However, for the service, ambiance and amazing food, you will probably agree that it is worth it.

Las Cuartetas is another classic place for the deep pan lovers out there and it’s another one that is worthy of its own Wikipedia page. It’s been sat in the theater district on Avenida Corrientes since the 1930s, pleasing generations upon generations with its perfectly browned cheese, not-too-crunchy base and a tomato sauce that you can actually taste.

For the more particular diners, the wonderful chefs at Las Cuartetas will make media masa or a la Piedra upon request, so you needn’t worry about getting though another deep dish if you don’t want to. As an important side note, they also make some of the best meat empanadas you can find.

Don’t hold your breath for the best service and, like Güerrín, they haven’t wasted any time in updating their menu recently, so expect all the typical toppings (including vast amounts of ham on top of cheese which will always be wrong in my opinion). However, if you wanted to eat at a place where they know exactly how to make a no-nonsense porteño pizza, then look no further.

Pizza a la Parrilla pioneered its way it to Villa Crespo when 1893 opened over 20 years ago with some of the fanciest pizza toppings on the menu, including caramelized tomatoes and walnuts. They do also make some classics too, but always done on the grill, so they are nothing like you’ve had them before.

This is a place for those who are partial to a beautifully crispy base and an Instagram-worthy plate, so don’t be disappointed when it’s not drowning in mozzarella.

It still won’t set you back an arm and a leg – the average meal costs about AR $300 including a copa or two.

Piola is an Italian-owned restaurant with locations in Barrio Norte and Palermo Hollywood. It started as a family-run business in Italy and began to expand internationally as word spread and its success grew. Now, Piola can actually be found in various locations throughout the Americas, bringing Italian authenticity to the masses.

Their menu is hefty to say the least, and you may need to take a while to decide from the amazing variety of pizzas they have available, including bianche (without sauce) and calzones. They even have ham and pineapple, for those of you who are fans of the farmhouse pizza.

Pay a little more for the privilege though – a meal here could set you back around AR $400, but the stone-baked deliciousness is worth it.

Other places to be aware of for your pizza tour of the city include New York Style Pizza, which has been providing  New Yorkers with a taste of home since it became a permanent residence to Palermo last year; Siamo Nel Forno for its consistent popularity among almost any stone-baked pizza lover you will meet; and of course, Tomasso which has changed the affordable takeaway pizza scene forever. 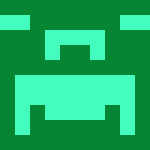