Have you ever felt wondered how it would be like to walk down the Quinta de Olivos, which holds the Presidential residence? No? Well, we’ll pretend like you have anyway for this article’s purpose because you’ll be able to do exactly that in about a month, as the government began this weekend the works to tear down part of the walls surrounding the Quinta and turn it into a public park called “Paseo de la República” (walk of the republic).

In order to build the park, however, there are some 280 meters of exposed brick almost 2.5 meters high that need to be torn down. Originally constructed in the 1970s under the orders of José López Rega, the infamous Minister of Social Well-being during Juan Domingo Perón’s the third presidency – and María Estela Martínez de Perón’s after his death. The walls extend far along Avenida Maipú between Malaver and Villate.

Currently, there are workers laying down a fence and custodial grid that will replace the wall’s original function to protect the presidential estate and divide the park from the rest of the residence. Throughout the entire construction process, there will be high levels of security. Once the walls are down, the protective grating will have already been erected.

According to building plans, one will be able to see inside La Quinta de Olivos, but not the property where President Macri lives with his family. Apparently, this is not due to any protective strategic plans, but rather to the unevenness of terrain naturally forming an additional blocker.

The idea of demolishing the outdated wall and opening up a public park was pitched by Vicente López district Mayor Jorge Macri, the President’s cousin. The President immediately gave green light to the project and last spring presented it publicly with the general secretary of the presidency, Fernando de Andreis.

Every step of building process is to be coordinated by the Nation and under the security of Casa Militar, the same group in charge of security of the President. They weren’t taking any chances regarding the security needed to build the park. Instead of opening up a bidding process on the construction plans – as it’s done with most public works – a direct deal was made on a reserved basis.

As construction continues, more updates will be announced.

Sketches of el “Paseo de la República” plans to reach about a block and half. Source: InfoBae

The park will be about 14,500 m2, and extend approximately 50 meters inwards, which is essentially half a block. Alongside the park, historical references and patriotic symbols will form the “Paseo de la República” or the “Walk of the Republic.” Once opened, the park is set to have open access during the day, so no need for visitor registration. And because it will be bordering the presidential residence, it may just be the safest park to visit as it will be under the constant monitoring of cameras and guards.

The park is still tentatively scheduled to officially open this October, although we still don’t know the specific date because of the rainy season. News of this pending public space has received positive reviews, as many neighbors look forward to the promise of improving their local space. 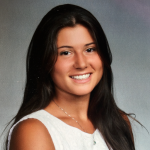