A Must-See at MALBA: Testino Breaks Down Perfection

MALBA’s latest exhibition takes a page from both the international and local arenas of art with Mario Testino: In Your Face. Opening this month, the show features works from one of the most influential names in the international world of fashion photography. This name, Testino, happens to resonate locally: based out of London for the last few decades, the artist originally hails from one of Argentina’s neighbors, Peru.

It was raining last Thursday, when members of the Buenos Aires art world, among a crowd of other stylish porteños and non-porteños, flocked to MALBA for the show’s opening event. Attendees mingled in the atrium and were served complimentary wine, Nespresso, and Stella Artois, before heading upstairs to view the exhibit. So if you didn’t go to last week, you missed out big time. Well, not big time but the Nespresso was a pretty cool thing to start the tour with.

Curated by Testino himself, the collection features 122 of the most iconic moments from his career, with an emphasis on his work between the late 1990s and early 2000s. These images are arranged, most literally, ‘in your face’: massive and brightly lit, each photograph is impossible to walk past without lingering for several moments. Stroll through, and expect to encounter the familiar faces of Kate Moss, Naomi Campbell, and Gwyneth Paltrow staring back at you, the sheer magnitude of their star power even more palpable through Testino’s lens. More recent pop culture icons such as Rihanna and Lady Gaga also adorn the walls of the exhibit.

But Testino’s intention is not to simply place a magnifying glass in front of the concept of celebrity. Each of the images, whether color or black and white, is evidence that

Testino has a keen eye for capturing unique moments in the lives of people we tend to comprehend only as flawless representations of a lifestyle we cannot touch. Ripping apart that paradigm is exactly his intention: “Once a shoot begins, I try to make the image perfect – and then break down that perfection. I destroy the image because I need to find the unique moment, not the perfect one. What makes the photograph work for me is the contradiction,” comments the artist.

Uniting sex with a sense of humor is one such type of contradiction that sets Testino apart from his contemporaries. One 2003 Gucci advertisement featured in the exhibit shows a woman sensually pulling down her underwear to reveal her pubic hair, shaved into the shape of a capital ‘G’ for Gucci. The provocative image was encircled by controversy when it first came out, but was also responsible for making Gucci cool again in the early 2000s, because sex, especially controversial sex, does sell.

My favorite shot is of “Puff Daddy” Sean Combs and Naomi Campbell, both topless, posing playfully against a white backdrop in 2001. Campbell gives a seductive grin as she bites her pinkie, and Diddy ‘hushes’ the viewer, placing an index finger against his mouth. Images like this are appealing not just because of their aesthetic beauty (a single flaw on either superstar is unidentifiable), but because they often capture moments between the kind of icons that we imagine hanging out together, doing things normal people do except in a bigger and sexier way, dripping in a glamour and charisma that is almost too much for one single room to handle.

Happily, I agreed to take a photo for a group of tipsy porteñas as they posed before a large, black-and-white portrait of Campbell. In it, the supermodel is flanked by paparazzi, and having a very typical ‘diva’ moment of chaos. The life of a celebrity is both terrifying and enchanting at the same time, as being followed by paparazzi is in truth, a miserable form of existence, but that doesn’t stop us from fantasizing about it.

Another personal favorite is a Vogue spread of Jennifer Lopez, back in 2005, when she was still J.Lo, dressed to the nines in a blue Narciso Rodriguez gown and walking a pack of dogs by the pool. Does the moment seem like anything that would actually occur in real life? Not at all. But it captures a sort of sophisticated power that many of us daydream about wielding.

Again and again, in his photos, Testino imbues the risqué with touches of humor. Yet all the while, these works maintain the high grade of perfection that has earned him his extraordinary reputation in fashion.

His work is not just spreads from the pages of Vogue, but glimpses into candid moments from celebrity social life. In one photo, Mariah Carey, Donatella Versace, and Beyoncé are caught distracted at a dinner table in Milan in 2002. At a 2008 party in New York, Donald Trump lights a cigarette for Kate Moss, while Zac Posen looks on in the background. BFFs Madonna and Gwyneth Paltrow share a seemingly drunken embrace in London in 2002, while another pair of besties, Keith Richards and Mick Jagger, are shown hugging tightly.

The two rock stars’ warmth and familiarity with each other manage to escape the confines of the one-dimensional image, to be felt by the marveling spectator himself. If only I could just sandwich myself between those two, I wonder. You can almost imagine what that would feel like, if not for just a second, while standing there.
In Your Face makes its Latin American debut at the MALBA from March 15 to June 16, after having previously gone on display at the Museum of Fine Arts in Boston. This marks the Peruvian-born photographer’s first-ever exhibition in Argentina. A Taschen book featuring each work from the show is available for purchase.
You know how you always keep postponing your trip to the MALBA? Now is your time. You’re welcome. 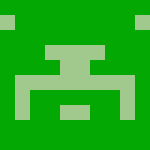