A Gringa’s Guide To Travel: Mad About Madrid

Most of us travel we get about a week or so to explore the city we’re visiting. It’s short and sweet but never feels like it’s enough. And while that works for many, sometimes it feels good to just take it slow. There was something about Madrid that I needed to explore for as long as possible; about a month to be precise. I was ready to experience all the wonderful Spanish clichés. From fútbol to flamenco, tapas to cañas, to bullfighting and all the bullshit in between. I couldn’t wait. Madrid would be my new latin lover with so much to discover, and while one should never kiss and tell… pull up a chair and grab a glass of sangria because I’m a gossip.

The chemistry is right, these Spanish streets are alive and it’s really hot! No really, it’s about 100 degrees fahrenheit during the summer. I probably should have chosen a cooler month for this month-long rendezvous. Looks like sweaty will have to be the new sexy. I decided to Airbnb an apartment for the entire month, so that I could live like a local, or rather, a Madrileña. Great decision. My new Spanish apartment was in a neighborhood called Conde Duque, close to the center of Madrid but still low key. The area is super cool in a not too hippie, not too posh kind of way. Conde Duque offers up great little bars and taverns to get your drink and tapas on. It’s filled with shops, mercados, museums, sunny squares and parks. My biggest challenge, would be the temptation of going out every single night. After all, my goal was to take it nice and slow, keep the budget on point and not eat my weight in tapas. This was proving to be more difficult than expected.

Some of the many tapas consumed while in Madrid

Every day the narrow streets fill with people from dawn to dusk with Madrileños and tourists alike, eating and drinking their way through the city as if it were there last. Coming from Buenos Aires, I’m no stranger to this style of play but Madrid is like Buenos Aires on steroids. The sun doesn’t set in the summer time until 10pm every night, which makes you crave the nightlife and turns you into a night owl by default.

Travel Tip: If you have the opportunity to stay longer in Madrid, I highly recommend using Airbnb to rent an apartment, however, be sure to double-check that the apartment you book has air conditioning. Without AC in the summer, you will die. OK that maybe be a little dramatic but I dare you to go a month without it. Air conditioning is a “luxury” in Europe.

I needed to see every square inch of the city and wanted to explore both the traditional and nontraditional parts of Madrid. I curated a list of the obvious and not-so-obvious things to enjoy

The iconic gourmet tapas market of San Miguel is one of the most quintessential ways to get to know Madrid. It’s the perfect place to experience a variety of tapas freshly prepared. From pastries, to meats, cheeses, olives and oysters it’s a must see place to people watch, eat and shop. And it’s just so damn pretty. You can also pair your tapas with beer, wine and champagne or cava of course!

Travel Tip: Come with cash in hand. A lot of places only accept cash. You’ll be bouncing from stall to stall so it’s just faster and easier to pay with cash anyways.

A small market without any of the bells and whistles that Mercado de San Miguel boasts. It’s not flashy but it has a ton of character. San Miguel is like the good-looking boyfriend who picks you up in a Mercedes. Valle Hermoso is like the funny boyfriend who picks you up in a Jeep. Both are equally good. MVH is more of a traditional neighborhood market with really fresh products and affordable prices. Take a seat on a bar stool and eat or take away some bread, olive oil, artisanal beer and wine, fresh meats, fish and cheese. It’s all there, in true Spanish form.

The Obvious: The Prado Museum

One of the most important museums you will ever visit in your lifetime. It’s one of the best art galleries in the world. There are numerous works by Francisco de Goya as well as Diego Velazquez, and that Greek guy from Toledo nicknamed “El Greco”. But who wants to namedrop? And if you don’t go for the art then go for the architecture. The building and the grounds? One word. Spectacular. A general admission ticket will cost about 16 euros but there are reduced rates for students and seniors and for people with disabilities.

Travel Tip: If you just want a quickie and a cheapie, because well, that’s sufficient for you, then head to the museum at 6:00 pm because the entrance is free. You only have about two hours to get it on – so make it worth your while! Also no photography or videography is allowed in the museum.

Spain’s national museum of 20th-century art. The museum was officially inaugurated on September 10,1992 and is named for Queen Sofía. General admission tickets cost only 8 euros and the museum showcases modern contemporary works of art. It is obviously less overwhelming and smaller than the infamous Prado museum and it was personally speaking, more my style. I like modern. It’s like going on a fantastic date filled with artisanal beer and fish tacos instead of wine and filet mignon. I freaking love tacos.

One of the largest parks of Madrid, though definitely much tamer and smaller in comparison to New York’s iconic Central Park. But who says size is everything? It’s still a perfectly nice park. It used to be the royal family’s personal green space, so it’s got that going for it. The park belonged to the Spanish Monarchy until the late 19th century, when it became a public park. Highlights from the park include, Retiro Pond, Rosaleda Garden, Palacio de Cristal, and Paseo de la Argentina.

Travel Tip: This is a great park to get your cardio on and sweat out all that alcohol you had from the night before. Go for a nice run on the exterior pathway of the park. The Spaniards love their potatoes and this park will help you to not look like one.

Buen Retiro Park and the trees

This park has some serious architectural thought behind it. It’s sexy and sleek with acres of green surrounding a sound steel bridge. The two steel-framed cones meet at the peak of a hill inside the park but are separated by a snaking footpath. This park is innovating and keeps it interesting. There is also a beautiful river that cuts between the park with a little stretch of urban beach. It’s not old-school Spanish, rather a fresh, modern and forward-thinking spot to pass the time in.

When we see something we like, we tend to stare and sometimes awkwardly. That is until we get busted mid-stare and look away. At Circulo De Bellas Artes, you can stare as awkwardly and as much as you like. Nobody will judge you because they are there for the view as well. First and foremost, it’s an arts and cultural center with a movie theater, live performances, exhibition halls and a café and restaurant. But the real deal is the Azotea rooftop terrace where you have some of the best views in Madrid. It’s a cute date spot, so grab a cocktail and watch the sunset – albeit at a later one if you’re here in the summer.

Madrid’s main square. It is located right in the center of the city, just a few minutes walk from the Puerta del Sol. The square is filled with restaurants to eat outside and enjoy the view. You could spend hours just gazing at the people walking by as you sip on sangria and eat tapas. True story, did you know that the word tapas is actually the plural of tapa and the literal translation means “cover.” Tapas were invented in Andalusia which is in the south of Spain. In the Andalusian wine-making regions, it was custom to place a saucer on top of a glass of wine in order to keep the little fruit flies out. A small amount of food placed on the dish helped attract clients to the wine bar hence the name “tapas.”

You haven’t lived until you’ve tried the famous hot chocolate and churros from Spain. You can have them for breakfast (the breakfast of champions I hear) or as a “merienda” an afternoon snack.  There are numerous chocolaterias where you can try this delicious pastry. Just don’t forget to to dunk the churro in the chocolate, that’s like a must. But enough about parks, museums and eating. Let’s shop.

Second Base with Zara

There was lot’s of hand holding and direct physical contact. I’m honestly not ashamed or embarrassed to say that I spent about a third of my time at Zara. This relationship became next level because of one word – REBAJAS – major sales and bargains are to be had. I sound so shallow and uncultured because I spent so much time at one clothing store but if you saw the prices and affordable chic Spanish clothes, you would completely understand. There are also as many Zara’s in Madrid as there are beer and tapas bars, so you really can’t avoid it. Just don’t have the beer and tapas before shopping, those slender European sizes become smaller by the second.

The breakup was inevitable. It’s not you it’s me. I gotta go Madrid. You were sexy, sensuous and adventurous but a girl has to move on. Besides, I don’t like to be attached and let’s face it we had a good run. We’ll always have the memories. Also, I’ll probably come back when you’ve cooled down a bit, like in October or something, you were a little too hot to handle. Besides I have other plans to meet up with Paris, Amsterdam, Berlin, and Prague. So long and farewell my friend, I’ll be back to visit you again. 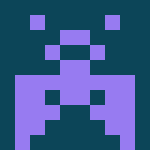