The square is filled up to City Hall with a resolute crowd slow-clapping in grim-faced mimicry of the heckle used to call late musicians to the stage. The Government has yet to release an official statement on the death of Prosecutor Alberto Nisman, and it is testament to the habitual selective commentary of the Fernández de Kirchner administration that many saw this protest as simply to be “raising awareness” -that is, presumably, galvanizing some official Government response- on what is widely considered to be the political assassination of Nisman.

The silence so far – Cristina hadn’t posted her message on Facebook yet – serves only to vindicate the resigned belief of some protesters that this demonstration will join the ranks of past protests to which the local Government appears to have turned a deaf ear.

Closer towards the riot fence bisecting the plaza, accompanied by the rattle of pans, cowbells , and fists on railings, and lit by the harsh spotlights set up by press crews from the national media, chants begin to break out: “hija de puta“, “asesina“, “que se vaya“.

The sentiment ranges from bitter resignation to spat vitriol, but the subject is largely the same: Nisman’s blod is on Cristina’s hands, and Cristina must go.

“It’s what is best for the country” one protester insists, “there is no other way”. Another comments that “the Government is definitely capable of doing this” and, more chillingly, how he was “surprised that this hasn’t happened before today”.

This is already being considered one of the greatest political outrages of modern Argentine history, and the security provision matches the scale of the polemic: behind the fence stand two lines of shielded riot police; behind that, chained dogs and armored vehicles; and above, during the evening, a helicopter makes a slow circuit.

At that moment the evening’s first hole is torn in the barricade on the plaza’s left hand side. This small victory becomes the hub of the protest, and within an hour two larger sections of the fence are torn down, replaced by a human barricade of armored riot police. Pepper spray is used on at least four occasions, and a young woman is nearly struck down by a police baton as she attempts to climb the barrier. On the side of the protesters, somber clapping progresses to fireworks and abuse being hurled at the officers; the striking and shaking of the barrier twice escalates to a wheelie bin being used as a battering ram; and at around 11.15 PM, when most of the crowd has dispersed, a small and volatile core begins to hurl broken paving slabs at the front line.

The demonstration, at what seemed its most boisterous and unstable peak at around 10:30 PM, was mediated by a conscientious group of front-line protesters intent, it seemed, on preventing the political message from being derailed by accusations of hooliganism.

At one point, a fallen panel of riot fencing was used to secure loose paving slabs from inflamed protesters searching for projectiles, and when aggression towards the police became violent it was largely quelled by intervention from the crowd itself. One such pacifier voiced his concerns that it is “typical of the Kirchnerite Government,” in times of political crisis such as this, to deflect blame onto a common enemy, and that a violent eruption would cast the protest in precisely the riot-gang light that would discredit the legitimacy of their demands. But it seems difficult to imagine any figure or group that could create enough clamor to drown out the charges of political assassination being leveled at Cristina and her associates in the wake of Nisman’s death.

Contrarily, on the subject of the protest’s potential to degenerate into mob violence, others commented that there was not enough organization for a concerted violent outbreak that might otherwise be the recourse of an electorate whose political clout is, arguably, lessened by the alleged corruption rife in Argentine politics. The embittered cynicism of some of the protesters perhaps speaks for many of those who left, nearly emptying the square by 11:30 PM. As one succinctly put it, ‘we cannot let them get away with it’; but, when the Government’s greatest acknowledgement so far of the people’s unrest is the dispatch of armored cars and helicopters, what will in fact prove to be the most effective form of protest the Argentine public can take? And, following the overwhelming international response to events in Paris, how will the Government respond should it- and it should- face similar external demands for the pursuit of justice? 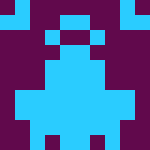