Last week, pro-choice organizations confirmed that a 13-year-old girl who had been denied the right to a legal abortion after she was sexually assaulted by her stepfather had finally legally terminated her pregnancy without any complications at a private clinic outside the Buenos Aires province.

The girl was denied the right to a legal abortion at a hospital in the province of Moreno, where doctors claimed that her pregnancy was too advanced to conduct a safe abortion. At the time she requested the abortion the girl was 23 weeks pregnant, and according to World Health recommendations an abortion should only be conducted between 20-22 weeks. The Hospital then told her that an abortion would put the girl’s life at risk, and suggested that the girl put the child up for adoption.

However, with the help of pro-choice activists, the girl was able to obtain the legal abortion that she had been fighting since November of last year. The National Campaign for the Right to Free, Safe and Legal Abortions, and several other local women’s rights organizations, blame the provincial Health Ministry for denying her right, and said they would  “accompany the family in the appropriate legal action to pursue a criminal trial and the punishment for those authorities that violated the girl’s rights to an abortion.”

Latin America is known for its progressive leanings when it comes to some social issues – gender equality and GLBT rights, for example. But some may be surprised to learn that abortion is illegal in more than half of the countries in region. According to a 2011 world map of abortion laws by the National Campaign for the Right to Free, Safe and Legal Abortions and the Center for Reproductive Rights, at least 68 countries worldwide completely prohibit abortion, although there are exceptions, for example, if the woman’s life is at risk, or if the pregnancy was the result of rape.

In a 2012 landmark case involving a 15-year-old girl (known as A. G.), the Supreme Court of Argentina determined that all rape victims had the right to a safe and legal abortion without having to seek judicial approval first, a measure that prevents women from the stress of waiting sometimes months for a judge to give the go-ahead.

A. G.’s case has since helped set a strong precedent for women’s rights in Argentina, but many rape victims still struggle to get a legal abortion even though the Argentine Penal Code (Clause 2 in Article 86) says that an abortion is legal if the pregnancy is the result of a rape and/or if the victim suffers from a mental disability.

Despite the legal guarantee, some still misinterpret the Penal Code, and doctors fear legal punishment.  In addition, the Catholic Church’s strong influence in the region has slowed progress on the pro-choice front. Earlier this year Pope Francis took his stance on abortion during his “State of the World” address and called the practice “horrific,” in what is said to be his toughest remark on abortion since his election. While President Cristina Fernández de Kirchner’s administration legalized gay marriage in 2010, making Argentina the first Latin American country to allow same sex marriage, her administration continues to avoid the conversation about reproductive rights and abortion.

Meanwhile, in a global survey by the US Spanish-language network Univision, Catholics in five continents were asked about controversial issues such as divorce, abortion and contraceptives, and 73 % of Argentines said that abortion should be allowed in some cases, while 20 % said it should not be allowed at all. In that same survey, 91 % of Argentines supported the use of contraceptives.


“The problem has to do with the structure of society in a sexist, patriarchal capitalist system, and with strong influences of the church, especially the Catholic Church hierarchy, with power, money and influence to impose their wills,” said Elsa Schvartzman of the National Campaign for the Right to Free, Safe and Legal Abortions.

This girl’s story is just one example of why the debate must generate real results. 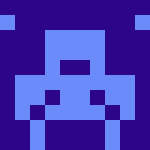