-Alberto Fernández’s first phone call with US president-elect Joe Biden was a bumpy one.

The call per se went normally, with Biden’s transition’s team saying afterwards that the leaders talked about COVID, “economic prosperity, combating climate change, strengthening democracy and managing regional migration flows, among other shared challenges”, and that Biden expressed appreciation for “the longstanding friendship between the United States and Argentina”.

But things went south when Foreign Minister Felipe Solá, who was absent from the call due to a scheduling error, talked to the press about what went on during the conversation. Solá said Fernández asked for “the help and goodwill of the US representative at the IMF” because “the outgoing administration is not having the best attitude” with regards to Argentina’s relationship with the Fund.

Solá’s words were very poorly received by US IMF representative Mark Rosen, and a diplomatic kerfuffle ensued. Minutes later, Economy Minister Martín Guzmán was saying that the government actually “valued (Rosen’s) work”, and Fernández was telling the press that “those words were never spoken” in the conversation with Biden. 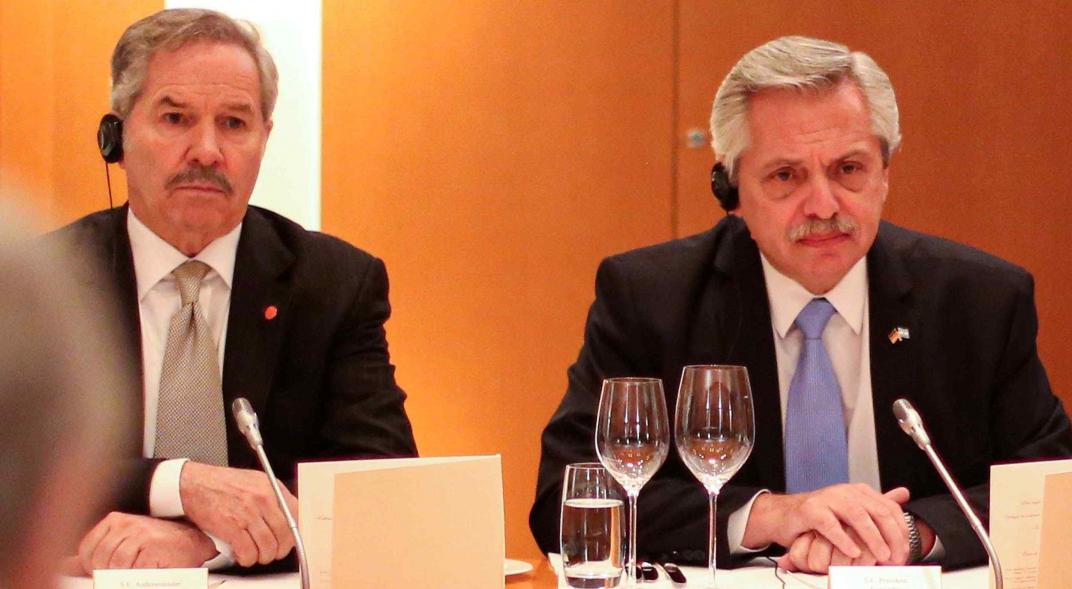 So did Solá simply invent that conversation? Did he misunderstand what took place in the call between Biden and Fernández? Or did he simply speak out of term about a part of the talks that was supposed to remain private? In any case, the government was quite angry at Solá yesterday, although they have now described the incident as “water under the bridge”.

-In another important diplomatic development, Fernández had his first direct call with his Brazilian counterpart Jair Bolsonaro, after the two had started their relationship on the wrong foot and taking shots at each other. With Peronist presidential candidate and current Ambassador to Brazil Daniel Scioli, a center-right politician, as a mediator, Bolsonaro and Fernández built some bridges and talked about protecting common interests and perfecting the conflict-laden Mercosur customs union.

-In a week in which sports took the center stage, Argentina’s national rugby team was involved in a Twitter scandal with national repercussions, as captain Pablo Matera and two other players were suspended for a series of old discriminatory and xenophobic social media posts that surfaced over the last few days. Matera, Guido Petti and Santiago Socino were under fire due to tweets from 2011-2013 in which they made extremely nasty, half-joking quips about maids, minorities, black people and foreigners, and the repercussions were so big that the team said it would not play against Australia in the last game of the prestigious 2020 Tri Nation Series. After public apologies from all involved, the Argentine Rugby Union lifted the suspensions yesterday, and the game is likely to take place as initially scheduled.

-In COVID-19 related news, Fernández remained optimistic today about rapidly pushing forward with a nationwide vaccination program, saying 300,000 Argentines would be vaccinated before the end of the year, plus another 5 million in January and 5 million in February. Russia and Pfizer’s vaccines are among those expected to be available during the next few months in the country, although there are doubts about whether such an ambitious vaccination schedule will be complied with in time.

The Bubble is Argentina’s guide to pop culture in English for foreigners and local English speakers alike. Launched in 2013, our website has had one goal: the explain Argentina’s reality and news through the eyes of pop culture.